The Gist: St. Joseph Street in the Warehouse District was named after Marie Josepha Deslonde Gravier. She was the wife of Bertrand Gravier, the Faubourg Ste. Marie suburb developer.  There is no correlation with the famous St. Joseph’s Altar Celebration on March 19th. The St. Joseph Altar tradition was brought to New Orleans by Italian immigrants, and it is both a celebration of lent (seafood and vegetarian dishes) and a way to feed the poor since most of the leftovers are donated to local churches and charity organizations. Interestingly enough, St. Joseph Day is also celebrated by the Mardi Gras Indians on “Super Sunday.” 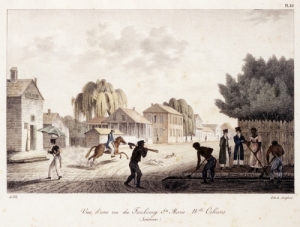 Marie Josepha Deslonde inherited the area which would eventually become her namesake. Married to Andre Renard, she received a large tract of land after his death. The land originally was part of a subdivided Jesuit plantation. Chase says, “Bertrand Gravier fell madly in love with Marie and her arpents. They married; then she died and left her seven arpents to Bertrand. On the last day she made the will, historians slyly point out!” (70).

Today: St. Joseph Street is located in (what is now) the Warehouse District in New Orleans. The area was much more industrial in the early 1900s, given the area’s namesake. Though the area does not consist of operational warehouses, St. Joseph Street (as well as much of the Warehouse District) retains many of the original buildings, which have been converted to apartments, museums, or office buildings. 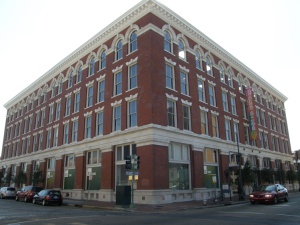 This warehouse was renovated in 1999 and now houses the Contemporary Arts Center on St. Joseph and Camp. Photo Credit: http://www.trimarkconstructors.com 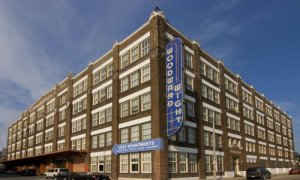 The Woodward Wright warehouse once was a fully operational factory in the early 1900s manufacturing steel tools, equipment, and appliances. It since has been converted to trendy apartments. Photo Credit: http://www.hriproperties.com

Tomorrow:  For a while now, the Warehouse District has been a conglomeration of arts and entertainment, museums, local entrepreneurship, and regional cuisine, while attempting to retain the historical significance of the area.

I haven’t read Richard Campanella’s recent book, Bourbon Street: A History; however, what I see from the map on NOLA.com, New-New Orleanians (or “Neo-Orleanians” if you will) seem to think that this area is “uncool” and “unauthentic.” I disagree 100%. If HBO ever has a new show and calls it The Faubourg Ste. Marie, people would flock there in mass.  In fact, the Warehouse District/CBD is one of my favorite places to go in New Orleans. It’s always seemed much more authentic and local to me than other places in the city despite what anyone says.

And, the “coolness” factor? Really? Has New Orleans become a freaking high school cafeteria? When the hell did that happen?